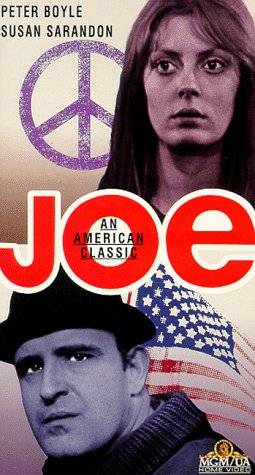 Our buddy Virgil Texas (@VirgilTexas) calls in to discuss the 1970 exploitation film "Joe," starring Peter Boyle, Dennis Patrick, and — in her first ever movie role!— Susan Sarandon. In a spiritual sequel to Episode 17, the crew examines the rise of neoliberalism and concurrent dissolution of the American working class through the lens of this low-budget sleeper hit, in which the titular character, fed up with the degeneracy of hippie youth culture, teams up with a well-to-do dad to get revenge.

Follow us at Twitch.tv/TheAntifada to watch our livestreams Wednesdays and Fridays at 3pm and assorted additional times. We usually take calls!