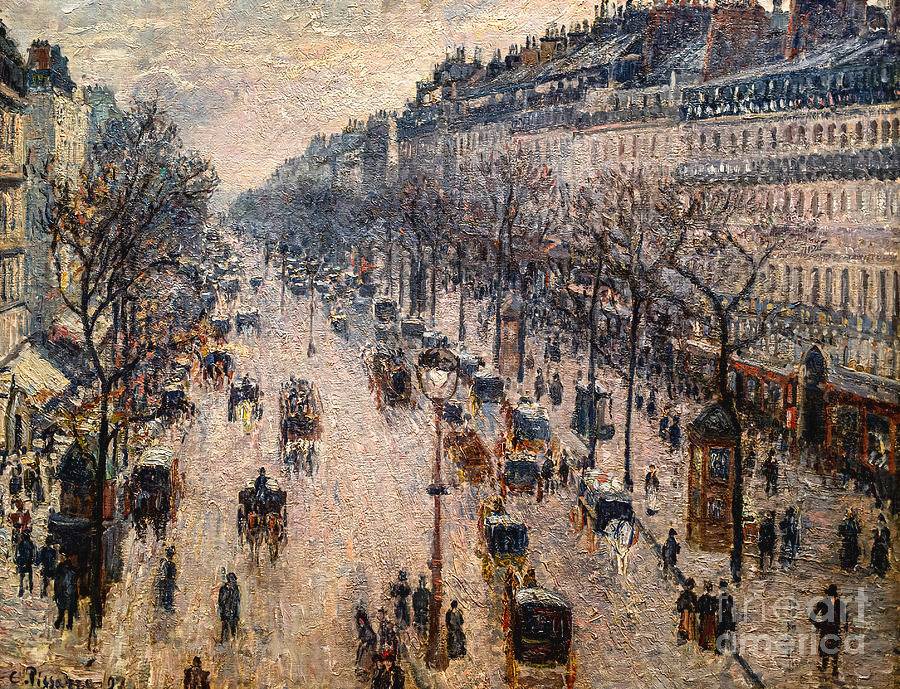 Greetings, Antifada super soldiers! This week, we're cross-posting an episode of Jamie's new show Everybody Loves Communism, wherein she and co-host Jorge do the reading so you don't have to. In this edition, Jamie and Jorge begin their mini-series on the Paris Commune as a prelude to chapter 3 of Lenin's "State and Revolution," because you need to know about it to understand that chapter. It's also just an important event in the history of class struggle; Marx called it "the dawn of the great social revolution which will liberate mankind from the regime of classes forever"(!)

The content of the episode draws from Massacre: The Life and Death of the Paris Commune by John Merriman.

Produced and Edited by Paul (@aufhebenkultur)

Image: The Boulevard Montmartre on a Winter Morning by Camille Pissarro

Be sure to subscribe at fans.fm/everybodylovescommunism if you want to hear more, and sign up as a supporter if you're feeling generous. Patrons will be rewarded with a fun ep on "Succession" due out next week!