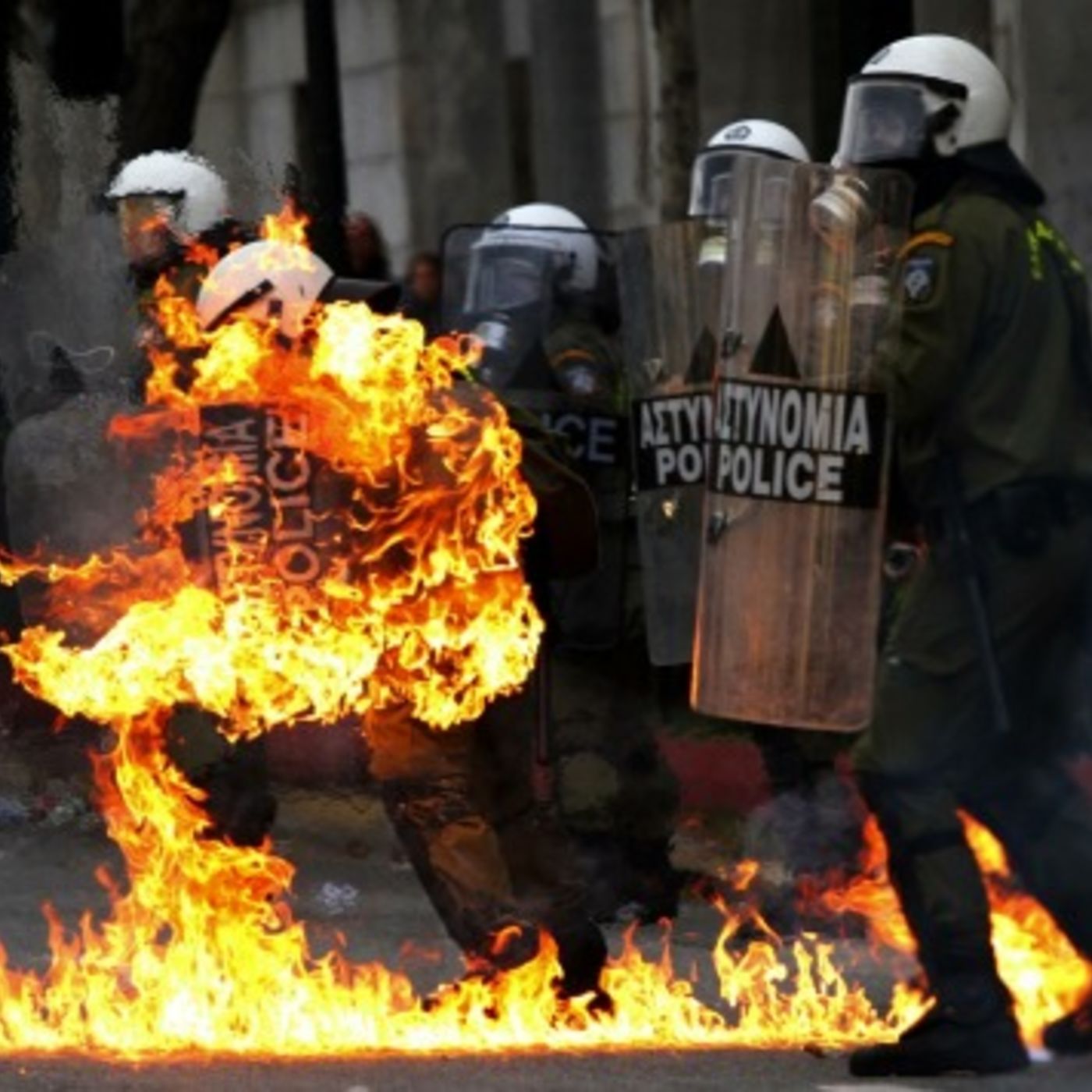 Psychedelic Bordigist, Pavlos Roufos (@PRoufos), joins us to talk about the years leading up to, the proximate causes of, and the aftermath of the Greece sovereign debt crisis.

How the post-war dictatorial regime cared more about repressing the left than economic development. How the social-democratic PASOK became more than just a party, but the agents behind both Keynesian and Neoliberal reforms. How entering the Eurozone ended up going in such a shitty direction for Greece and the rest of the PIIGS.

Most importantly: we talk about the lessons from years of street actions, general strikes and mutual aid and why it was that Syriza, a parliamentary leftish formation, arose and ultimately failed to break with austerity and what that means for the future of the global working class movement.

Pavlos' "A Happy Future is a Thing of the Past: on the Greek Crisis and other Disasters" will be available shortly from Reaktion press in Europe and the Chicago University Press shortly.