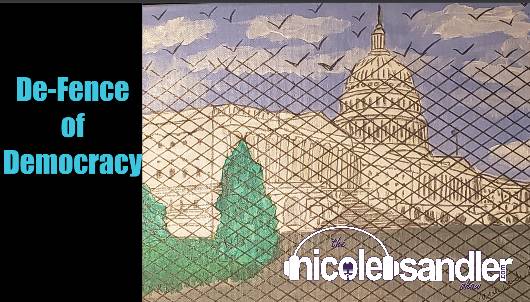 The second impeachment trial of Donald Trump is history, and the Biden administration is ready to move on. But the effects of Trump pervade almost every part of American life. Today, I'm joined by OG blogger Driftglass to get his perspective on American life in the post-Trump era (and whether or not it IS the post-Trump era). But first, I've been troubled by the idea of making the fence around the US Capitol in DC permanent. The idea of putting the seat of the US government behind a barrier is an anathema to everything this nation is supposedly based on. I worked on a painting depicting my concern this weekend (see the cover art for today's show), and just finished it last night. I awoke to an article about a coalition of left and right organizations sending a letter to leadership expressing concern and opposition to the proposed permanent fencing surrounding the US Capitol. I'll speak with Arthur Rizer of the Lincoln Network, one of the groups who spearheaded the protest.