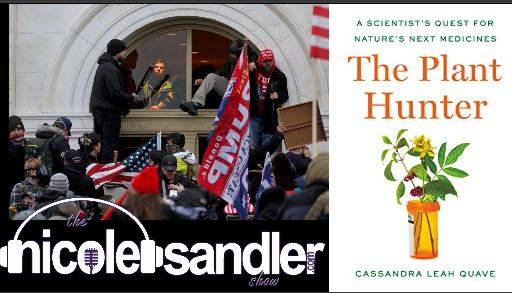 We made it to Friday, so we've got that going for us. Unfortunately, it was a rough and bumpy week, as the Democrats in Congress can't seem to get their shit together. The media seems to take pleasure in dumping on Biden and his agenda, as if to prove they're equally critical of both sides (even when both sides aren't equally reprehensible, but that's an issue for another day). Alex Lawson is Executive Director of Social Security Works (socialsecurityworks.org), and was one of the panelists on a Bernie Sanders live stream earlier this week, that also included AOC, Rev Dr. William Barber, along with Bernie and a few others to again explain what's in the Build Back Better reconciliation package that's being whittled down at the whims of Joe Manchin and Kyrsten Sinema. Alex will join us at the top of the show for a status report on where we are with getting this thing across the finish line. Then I figured we could all use a bit of stress relief heading into the weekend. Dr. Cassandra Leah Quave is a medical doctor, but also an EthnoBotanist, a leader in the field of medical botany. Her new book is "The Plant Hunter: A Scientist's Quest for Nature's Next Medicines". Since Manchinema won't let Medicare negotiate drug prices, maybe we can learn to heal ourselves the natural way... Strike that last paragraph.. the guest somehow wasn't aware we were supposed to talk today, so we didn't. Perhaps another time. Instead, I ranted...