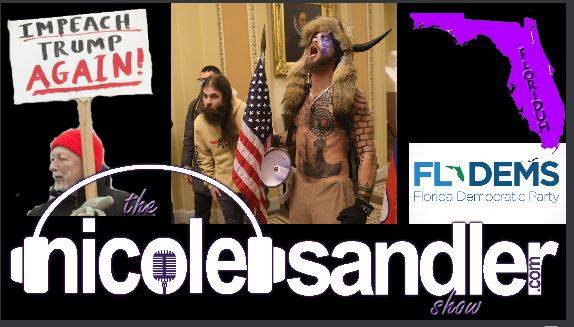 The Democrats introduced an article of impeachment against Trump, charging him with inciting a mob of his supporters to carry out a violent attack on the Capitol in a bid to overturn Joe Biden's election victory, also known as insurrection. The Incompetence portion of the program today is dedicated to Floriduh, as the Florida Democratic Party has proven itself to be just that. Today, I'm joined by two guests. First, Brendan O'Connor- author of the forthcoming book, "Blood Red Lines: How Nativism Fuels the Right" - has a new piece in The Nation magazine "A Preview of What's to Come" about the same faction who stormed the Capitol on Wednesday. In the last segment today, I'm joined by Ryler Calabrese, one of the coordinators of Not Me Us, FL and a newly-elected State Committeeman for Leon County FL, who can finally give us the details on the awesome progressive push to take over the Florida Democratic Party. Unfortunately the party establishment had different ideas (thus the Incompetence I in the title of today's episode)...