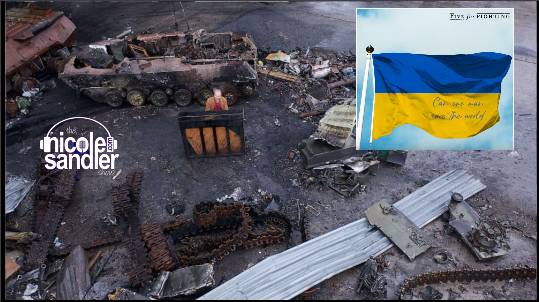 As you certainly know by know if you're a regular listener of this program, a good chunk of my career was spent in music radio in Los Angeles. Back in 1997, while working as Rock Editor of the radio/record industry trade magazine "The Album Network," I heard a record from a new band called Five for Fighting. I fell in love with it. I met the man who recorded under that band name, John Ondrasik, just in time to learn that his label, EMI, was folding. The album, "Message for Albert" died. But John remained a friend. A few years later, he got another record deal and released his second album, "America Town," and the song "Superman" became a smash, bolstered when the 9-11 first responders embraced it as an anthem of sorts. Today, John joins me to share his newest song, something he wrote about and to raise funds for the people of Ukraine. It's called "Can One Man Save the World?".. A nice way to end the week, I think...