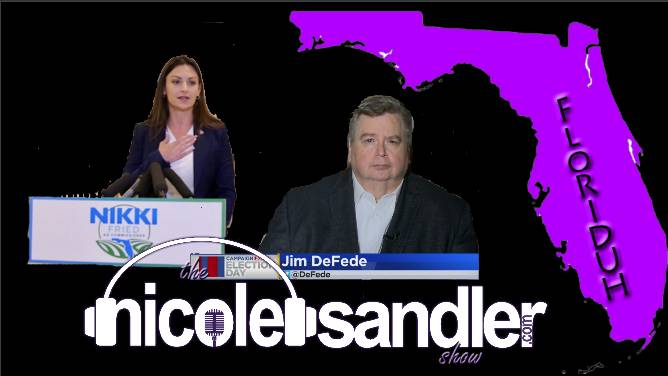 We have a busy Floriduh-based show for you today! We'll begin with candidate for Governor, Nikki Fried. She's currently Agriculture Commissioner in FL, the only Democrat in the executive branch of Florida's government. It'll be our first time talking, so I'll ask why we should elect her to replace Ron DeathSentence. Then at the bottom of the hour, we're joined by one of the best journalists in South Florida. I first met Jim DeFede when I interviewed to produce his new morning show at 940 WINZ, at the time South Florida's only progressive talk radio station. Since 2006, DeFede has been at CBS4/Miami, an investigative reporter and host of "Facing South Florida". He's the author of the book, "The Day The World Came to Town: 9/11 in Gander, Newfoundland"