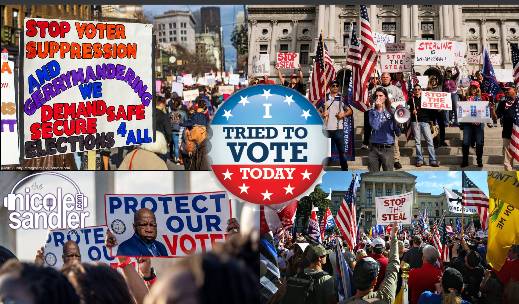 I often speak of Opposite World. I first noticed the alternate universe mostly inhabited by Republicans during the Bush years, when people of a certain right wing persuasion just decided they'd not believe facts inconvenient to their beliefs. They put forth no argument, engage in no debate, just simply said something to the effect of "I don't believe you," and off they went on their merry, alternative facts kind of way. Things got worse during the Obama years, as the GOP turned into the Gruesome Obstructionist Party, filibustering every single bill and obstructing any policy the Democratic president attempted to enact. Mitch McConnell even admitted to being the Grim Reaper of the senate, killing off every bill put forth by the majority. He even stole a Supreme Court seat from the sitting president, holding it open for almost an entire year just to keep Obama from filling it. The Trump years brought the disconnect to a whole new low, where up is down, in is out and right is most certainly wrong. We watched an actual coup attempt begin and seemingly fail, but we fail to realize that it's still in progress... they haven't stopped trying to overthrow our democratic form of government. We're now in the early stages of the 2022 midterm elections.. primaries are in full swing. And the MAGAt forces are training to complete the job they started during the last election: stealing the next one... Unless they can be stopped. That, I believe, is one of the goals of the 1/6 commission... making sure they can't complete their nefarious task. Today on the show, I'm joined by journalist Heidi Pryzbyla, most recently with NBC News. She broke a big story in Politico last week about the plans in place by the coup-ers as they try to finish what they started last time. We'll talk about it...