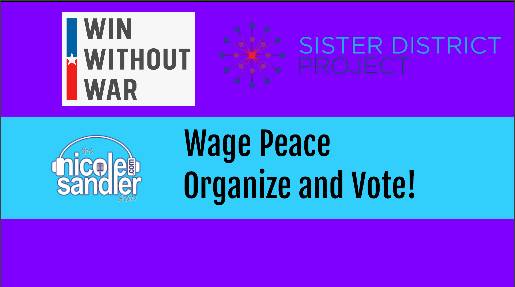 It's a Friday and boy, do we need a weekend. Today, we'll deal with a couple of the big issues facing our world. We'll start with the end of our occupation of Afghanistan after 20 years. The mainstream corporate media coverage has been a lot of finger pointing and blaming the current administration, while inviting the people who got us into this mess in the first place are being interviewed as if their views mattered! We've also learned that anti-war organizations have been excluded from all coverage. We'll remedy that with a visit from Stephen Miles, executive director of Win Without War. Then, we'll segue to one of the other major crises of our time -- the ongoing Republican effort to curtail your right to vote. I'll speak with Lala Wu, co-founder and executive director of the Sister District Project, who are focused right now on passing the John Lewis Voting Rights Advancement Act and winning and safeguarding fair and free elections.