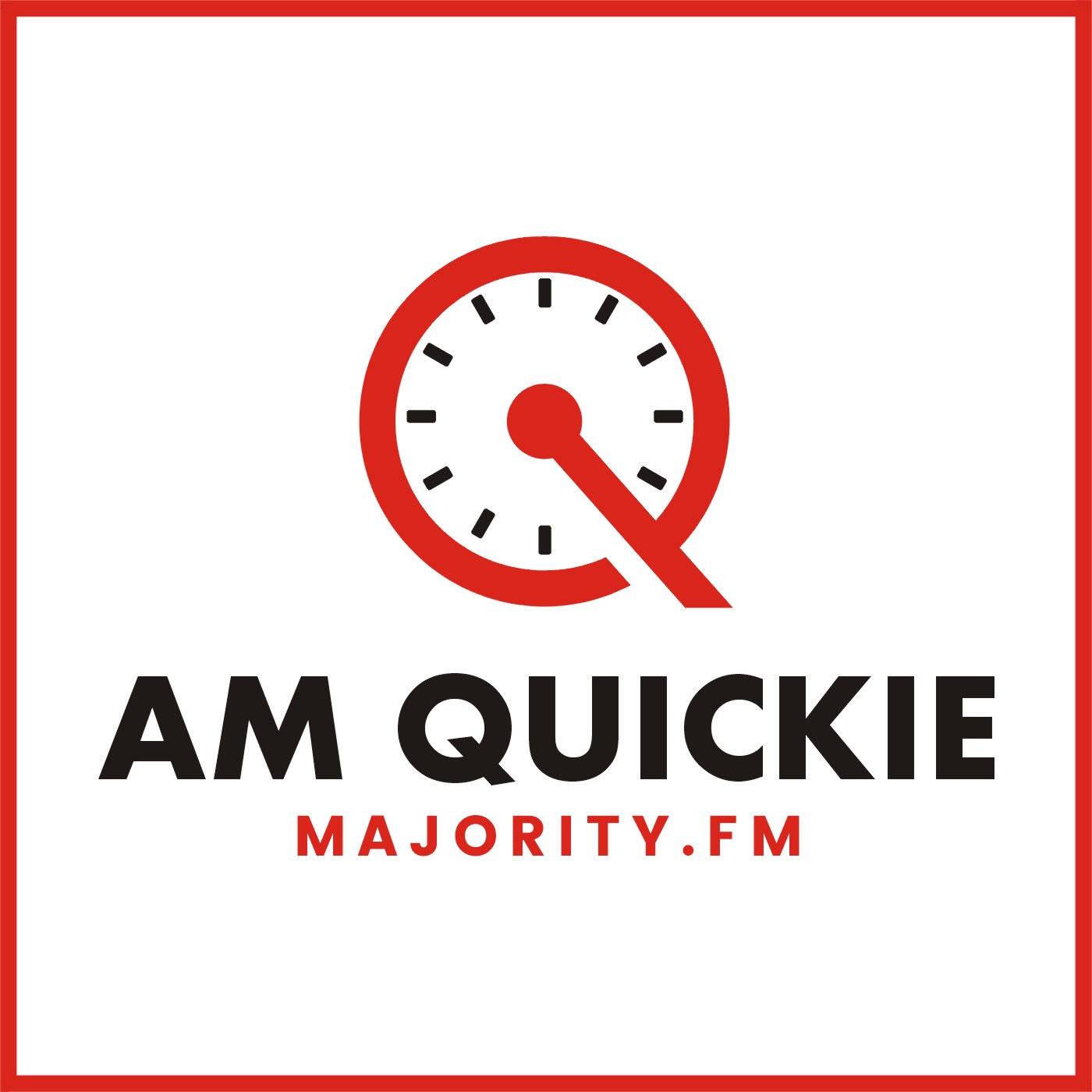 A federal whistleblower who pushed back on Trump’s favorite coronavirus miracle drug tells Congress we are headed for a very bleak winter. And it emerges that Trump’s obsession with this drug may have been sparked by a random internet person who is really into Nazi stuff -- can you hear how shocked I am?

Meanwhile, a judge decides the Mike Flynn case will move ahead despite the wishes of Bill Barr and Donald Trump. Will the courts reassert their independence?

And lastly, Joe Biden makes another play for disaffected Democratic Party progressives with explicit support for rent forgiveness during the coronavirus pandemic. It’d be hard for any politician to weasel out of that one, considering how many people need help.

A top US government vaccine expert who was forced out of his job and has filed a whistleblower complaint against the Trump administration will testify to Congress today. Rick Bright ran the Biomedical Advanced Research and Development Authority at the National Institutes of Health until last month, when he was forced out of his role for raising doubts about a malaria drug Trump was pushing to treat coronavirus, hydroxychloroquine (HIGH- DROXIE-CLORO-QUEEN). In his prepared testimony, Bright says administration negligence is leading the country toward what he calls the darkest winter in modern history.

Doctors and public health experts expect a second and possibly much worse wave of coronavirus in fall and winter if social distancing measures end prematurely, as they are in many states. The advice Bright gives in his testimony is much the same as that coming from experts in viral pandemics who still have their jobs. He says the education campaign around distancing, handwashing, and masks needs to continue. He says production of medical supplies must increase to end shortages. He says the state-versus-state competition for supplies arranged by Trump needs to end. And he says the US needs a national testing strategy because the coronavirus is now everywhere.

As for testing, the Washington Post reports that a particular coronavirus test promoted by Trump, the five-minute Abbott test, missed a third of positive samples in a study by New York University. One wonders where Trump comes up with these recommendations. Yesterday the Huffington Post reported new details on how hydroxychloroquine came to Trump’s attention. Previous reports mentioned how a misleading paper on the drug written by a couple of cyptocurrency investors, caught the attention of a self-proclaimed Australian philosopher, Adrian Bye, who works in tech and lives in China. What they failed to mention was that Bye is apparently an anti-Semitic conspiracy theorist. He started promoting chloroquine as QUOTE a Nazi drug that is here to teach a lesson to leftists about bias ENDQUOTE. From there, it led to the bogus paper, which caught Elon Musk’s attention, then Trump’s. So the idea for using this drug went from some Nazi-booster to Musk to Trump.

It’s relevant to say here that Musk supports Trump’s insane Reopen America campaign. And Trump in turn has supported Musk’s decision to open a California Tesla plant against state orders. Similar state efforts to combat coronavirus are facing coordinated challenges from the right around the country. Also yesterday, the state supreme court in Wisconsin yesterday ruled in favor of businesses that sued over the coronavirus lockdown. Stay safe out there!

The judge in the Mike Flynn case yesterday decided that proceedings will continue despite Attorney General Bill Barr’s decision to engage in a brazen official cover-up for Trump, and drop charges after Flynn admitted guilt. Judge Emmett Sullivan appointed a retired federal judge, John Gleeson, to decide how to respond to the Justice Department’s latest filings, which, echoing Trump, portray Flynn as a victim of unjust prosecution. This is, again, even though Flynn admitted guilt – and even though Trump himself previously denounced Flynn for lying to the FBI. The retired judge, Gleeson, was a Bill Clinton appointee and this week put his name on an opinion piece in the Washington Post titled, QUOTE the Flynn case isn’t over until the judge says it’s over ENDQUOTE. So Bill Barr can say history is written by the winners, but this decision means, at a minimum, that Judge Sullivan does not seem confident that Trump, Barr, and Flynn will be the winners when everything is said and done. Sullivan’s order to Gleeson asks him to decide whether Flynn should face a criminal contempt charge for perjury. Which, frankly, would still amount to a slap on the wrist considering what

Flynn was up to that he wasn’t even charged with – like selling nuclear secrets and plotting kidnappings, and we probably haven’t heard the half of it yet.

The Joe Biden campaign appears to be getting more serious in its attempts to win over progressives, socialists, and other voters on the left side of the Democratic Party coalition. Yesterday, in an interview with Vanity Fair on Snapchat, Biden called for federal rent and mortgage forgiveness during the coronavirus pandemic. To be clear, Biden said QUOTE Forgiveness. Not paid later, forgiveness ENDQUOTE. Meaning, rather than making tenants and homeowners responsible for past-due payments after a deferral period, the government would pick up the tab for the period when the coronavirus meant they were unable to pay for housing. That’s the idea, anyway, and it’s straight from the Bernie Sanders campaign. The policy announcement comes after Senator Sanders and New York Congresswoman Alexandria Ocasio-Cortez joined Biden policy task forces.

Also yesterday, Sanders and Minnesota Congresswoman Ilhan Omar wrote to the leaders of the World Bank and International Monetary Fund demanding debt forgiveness for some fo the countries hit hardest by the coronavirus pandemic. The letter by Omar and Sanders addresses a long-standing demand of not only progressives in the US but advocates for the poor worldwide, as well as some of the world’s smartest voices on economics. In fact, Sanders and Omar were co-signed in their effort by more than three hundred lawmakers from two dozen countries. However you feel about next election, it’s nice to get the occassional reminder that the movement for justice is global.

The US Senate yesterday voted to dramatically expand government surveillance authority by giving police access to people’s internet browsing histories without a warrant. The provision was included in a reauthorization of the USA Patriot Act. Oregon Democrat Ron Wyden and Montana Republican Steve Daines tried to get it removed but fell short by one vote. Nine Democrats voted against the amendment. Several others who would’ve voted yes reportedly did not show up, including Bernie Sanders.

The FBI seized a cellphone belonging to Republican Senator Richard Burr of North Carolina after obtaining a search warrant to investigate his suspicious stock trades after a briefing on the coronavirus. Reports last night indicated Burr surrendered the phone after agents served a warrant on Burr’s iCloud account and obtained data from Apple. As chairman of the Senate Intelligence Committee, Burr was thoroughly briefed on all the investigations leading to Trump’s impeachment, and the president reportedly sees him as a threat.

It’s not just you. CNN reports that grocery prices around the country are soaring as prices for pretty much everything else, from clothes to cars, go down. The new Bureau of Labor Statistics figures show prices for eggs going up sixteen percent last month. Other basic foods like bread and juice were up between two and four percent. Donuts were up five percent, but I guess we’ll survive somehow.

Robin Hood hackers forced the state of Ohio to give up on a website they set up for employers to snitch on workers who they claim refused to work during the pandemic, in case they claim unemployment benefits. The Cleveland Plain-Dealer reported that state officials were re-evaluating the policy. The anonymous hacker told Vice News that their effort was A form of direct action in support of working people. Hey, it worked!