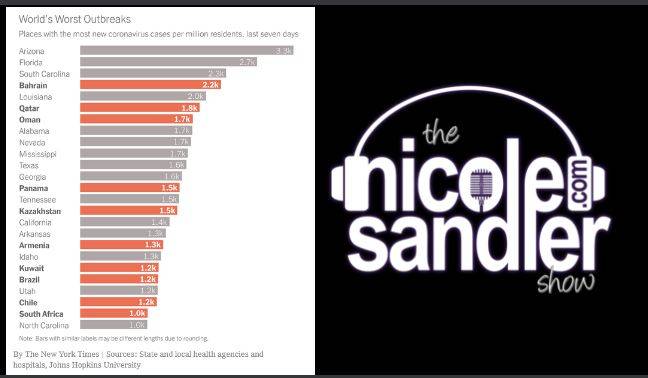 It's been one hell of a week. Nothing shocking there, as it's been a crazy, fucked-up year so far, so why should this week be any different? Florida, where I live, is one of the ugliest COVID-19 hotspots on the planet right now. It's time to change our elected officials to take the DUH out of FloriDUH. Today, I'll speak with Jen Perelman, who's primarying one of our worst, Debbie Wasserman Schultz. Then we'll speak with and salute the man dubbed the "FOIA Terrorist" by our government, Jason Leopold. He's a senior investigative reporter for BuzzFeed News, and just won a huge victory against the government for holding up documents related to the Roger Stone case and others too.