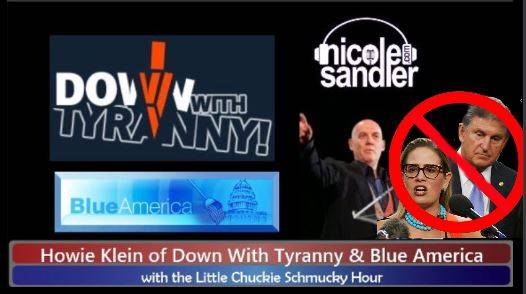 We dodged a bullet this week, but just barely, and only temporarily. Senate Minority Leader Mitch McConnell is playing a dangerous game while accusing the Democrats of politicizing everything when he's the guy actually politicizing everything. That's what they do. It's classic projection. They engage in heinous, often illegal behaviors but accuse the Democrats of doing what they themselves are guilty of. It what I call "Opposite World". We're experiencing it happening in real time and there's seemingly nothing we can do about it. Well, we can call them out. And that's what we'll do today. It's Thursday, so Howie Klein is here and will certainly add some color commentary as we discuss the obstructionists, the liars, the members of the Republican wing of the Democratic party and a lot more...