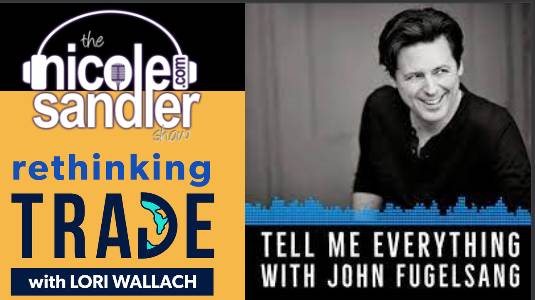 We're starting the week off running with two great guests, so don't be late today. We'll begin the week with an old friend of the show, John Fugelsang! He used to come on with me weekly, but then got too busy... We hadn't spoken in a while when I reached out this morning, and he said Yes. So, we have about 7 years to catch up on. Of course, I think I want to talk to him about the perversion of religion that's exploded during that time... In today's news, I noted that President Biden this morning in Japan announced a new Indo-Pacific Economic Framework for Prosperity (IPEFP) trade deal! Was I asleep at the wheel? Why didn't I know this was coming? We closely scrutinized past trade deals like the TPP, NAFTA, CAFTA, USMCA etc... why am I just now hearing about IPEFP and what should we know about it? There's only one person to ask. Lori Wallach is now Director of Rethink Trade, and will tell us all we need to know...