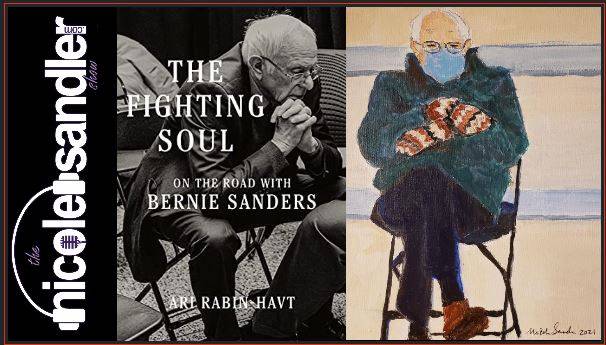 Regular listeners of this program know that I'm a Bernie Sanders supporter. I have been since long before he ever decided to run for office. In fact, he used to come on my show fairly frequently. Now? Well, he came on once for a quick hit early in the 2020 campaign, but he's a tough 'get' these days. The last time I did speak with Bernie Sanders, it was because of Ari Rabin-Havt. I first *met* Ari when he worked for Media Matters. Not being a fan of David Brock's, I took exception with Ari's first two books, not because of the subject matter (with which I agreed), but because of the man who bankrolled that operation. But Ari left Media Matters and went on to host the morning show on Sirius XM's Progress channel, and later told me that he appreciated my very challenging interview on one of the books. When he went to work on Bernie's campaign, I was thrilled, as it meant I knew someone on the inside. A lot of good that did me! Well, Bernie's still plugging away. Alas, he's not sitting in the oval office. But I often fantasize about how much better off we'd all be if he was... Ari Rabin-Havt joins me for the hour today to talk Bernie, campaigning, politics and our very precarious democracy.