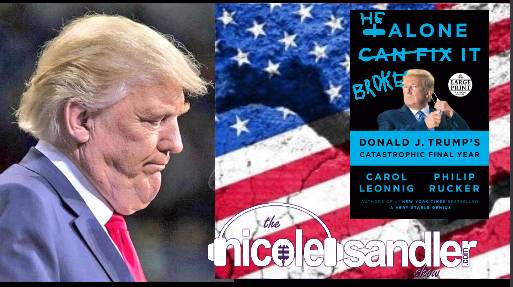 We're living through horribly dysfunctional times. I won't say that if not for Trump, things would be all peachy keen. But I do believe they'd be a lot better than the shit storm we're still experiencing, due to him. And unfortunately, just because he's no longer in office, he's still able to do damage. Today, I speak with Philip Rucker of the Washington Post. He and Carol Leonnig just released their second book about the former guy's time in office. They titled he new one, "I Alone Can Fix It: Donald J. Trump's Catastrophic Final Year." As usual, we'll begin with the latest news... today that includes word on the so called BIF infrastructure plan, new COVID precautions, the Olympics, climate change.... you get the idea.