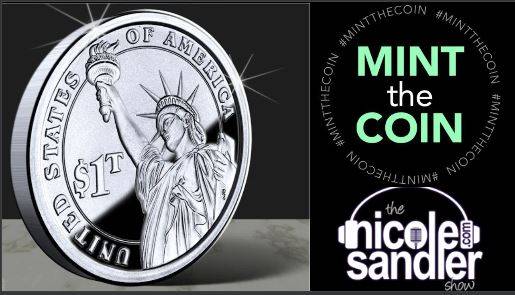 We're less than two weeks away from hitting the debt ceiling, an unnecessary risk especially during a historically precarious time. But here we are. Writing in a Washington Post Op-Ed, Zachary D. Carter (who was on this show just last week), said of this situation, "There is no economic rationale for this threat, and its consummation promises no political advantage to anyone. It is a preposterous, silly and breathtakingly dangerous situation." So he proposed meeting it with an equally "preposterous, silly and perfectly painless legal trick: minting a single platinum coin with a face value of $1 trillion or more." Actually, the idea foe minting a platinum coin has been floating around for a few years now. Today's guest, Rohan Grey, actually wrote the "Automatic BOOST to Communities Act" with Congressman Rashida Tlaib's office. The bill was introduced last year, as the COVID-19 pandemic had just taken hold and forced a nationwide shutdown. Tlaib's bill proposed sending every person residing in the US a debit card loaded with $2000, and refilling then with $1000 each month until we were clear from the pandemic. It would be funded directly from the Treasury, using its legal authority to create money via coin seigniorage, by minting two Trillion-dollar platinum coins. The main logic behind this idea is that no government debt issued to pay for the program-- it's paid for by the platinum coins. Rohan Grey is an Assistant Professor at Willamette Law, and is president of The Modern Money Network (https://modernmoneynetwork.org), and a proponent of Modern Monetary Theory. He was referred to me by Stephanie Kelton, a regular guest on this program. Of course, there's other news to get to, and an update on why I was out yesterday-- more reasons we need to fix our fucked up health insurance extortion system.