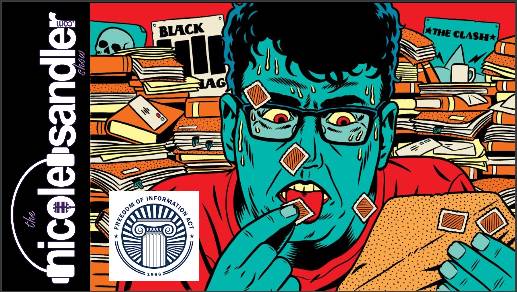 The FBI dubbed my friend Jason Leopold a "FOIA Terrorist." It's a label he wears proudly, but it bugs me... because he's not a terrorist. Jason is a hero. Digging deep to uncover the dirt that the powers that be don't want you to see. So I prefer to refer to Jason Leopold as The FOIA Master! And he joins us today. Jason, using his immense power of the pen, filed the paperwork and, in return, was able to get an exclusive look at the six permits issued by Capitol Police to the people who stormed the Capitol on January 6. He'll give us the whole story about his latest scoop. We'll begin with the latest news and maybe even a phone call or two in the first half hour...