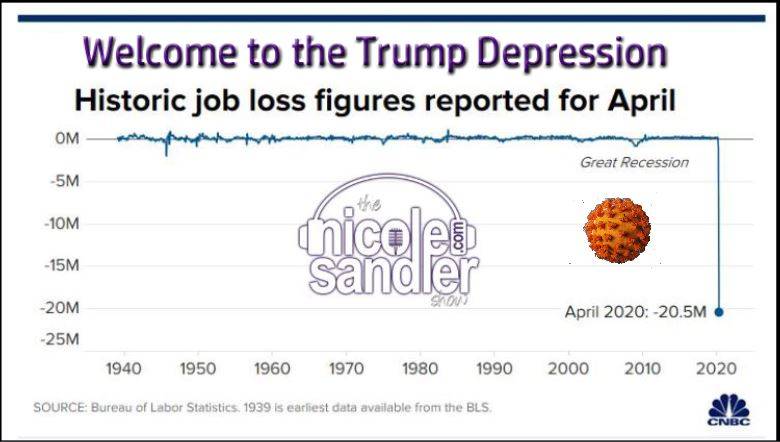 Friday's monthly job numbers were devastating, showing that 20.5 million Americans lost their jobs in April -- and the report only covered half of the month, leading the experts to believe that next month's numbers could be even worse. Are we officially now in a depression? That's one of the questions I put to Stephanie Kelton, Modern Monetary Theory expert, professor and author whose new book, The Deficit Myth, will be released on June 9. We'll begin the show with a look and listen to some of what happened yesterday as the Supreme Court (and we) heard a few cases on whether Donald Trump, as president, is above the law, and in the Senate where Dr,. Fauci and others testified before the HELP committee about the Covid-19 crisis and the nation's response.