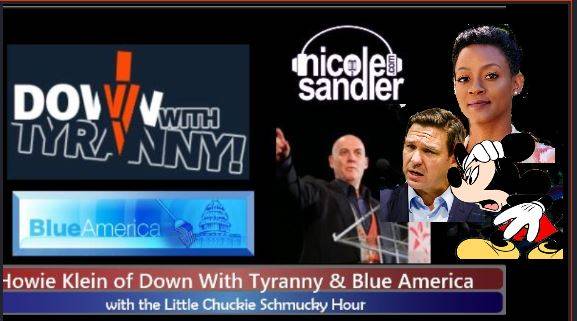 I'm back after a day off hanging with my kid. And what a strange day it is. Florida became even more FloriDUH today with the actions of the governor, whose nickname I've now changed. It was MoRon DeathSentence. Now it's just Ron deSatan, because he is truly evil. I'll explain his latest dictatorial and racist move, with an assist from State Rep Angie Nixon. Then we'll check in with Howie Klein of Down with Tyranny and the Blue America PAC. We will talk politics as usual, but he has a unique perspective about the big story of the day... the demise of CNN+ after just 3 weeks. There's perhaps 3 degrees of separation, if that, between Howie and this story. He'll explain how he exited Warner Brothers, where he was President of Reprise Records, when Time/Warner merged with AOL, what seems like a hundred years ago... Yes, Howie has another fascinating story to tell. And it probably foreshadowed what happened today...